We would like to offer our sincere support to anyone coping with grief. Enter your email below for our complimentary daily grief messages. Messages run for up to one year and you can stop at any time. Your email will not be used for any other purpose.

Share a memory
Obituary & Services
Tribute Wall
Read more about the life story of Lester and share your memory.

He was born January 4, 1939 in Warren, the son of Lester R. and Evelyn Murphey Markle.

After 39 years, Lester retired from Thomas Steel in 2000, where he was a high lift operator.

His love was his family and racing.  He also enjoyed snowmobiling and watching basketball.  He belonged to the Fowler Community Church, I.O.O.F., the NAUS Club in Warren, the U.S.W.A. 3523 in Warren, the Mecca Moose and the Copper Penny Lodge #778 in Vienna.

He is survived by two daughters, Tracey (Doug) Wilcox of Massillon and Lisa (Edward) Armentrout of Fowler; ten grandchildren; ten great-grandchildren; two sisters, Peggy Fogel and Donna Pence, both of Woodstock, VA and a brother, Steve Miller of Winchester, VA.

He was also preceded in death by his parents and a daughter, Patricia, in 1990.

In lieu of flowers, donations may be sent to the Fowler Community Church, P.O. Box 5, Fowler, Ohio 44418 in his name.

The Copper Penny Lodge #778 will conduct a short service before the Memorial Service at 5 p.m.

To send flowers to the family or plant a tree in memory of Lester P. Markle, please visit our floral store. 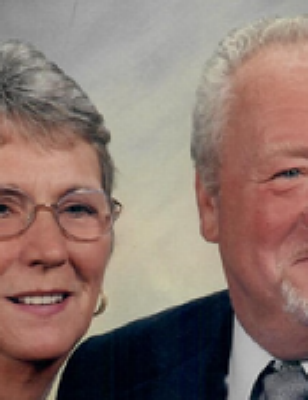 In Loving Memory Of

Look inside to read what others
have shared
Family and friends are coming together online to create a special keepsake. Every memory left on the online obituary will be automatically included in the book.

In Loving Memory Of

Look inside to read what others have shared

Family and friends are coming together online to create a special keepsake. Every memory left on the online obituary will be automatically included in the book.

You can still show your support by sending flowers directly to the family, or by planting a memorial tree in the memory of Lester P. Markle
SHARE OBITUARY
© 2023 Galloway-Onstott Funeral Home. All Rights Reserved. Funeral Home website by CFS & TA | Terms of Use | Privacy Policy | Accessibility